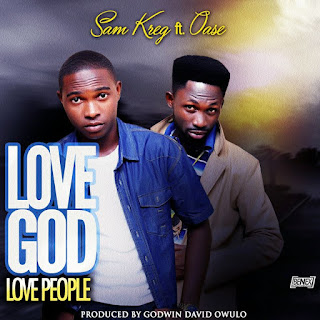 Sam Kreg is gospel music minister who developed  love for both music and the gospel from an early age. He released his first and second singles “You Are Good” and “Latter Rain” in 2015 and has now released “Love God, Love People” to prepare the way for his forthcoming album which will be released later this year.
The song “Love God, Love People” is based on the Bible accounts in 1Corinthians 13 and also Mark 12:29-31 where Jesus referred to it as the greatest commandment. “LOVE GOD, LOVE PEOPLE “ produced by Godwin Owulo @OwuloGodwin. Download below.

We can send gospel songs directly to your email. Enter your email to see the magic!

You can unsubscribe anytime.

Download Music "Send Down The Rain" By Ocean P

New Music: “I Shall Live” By Christie