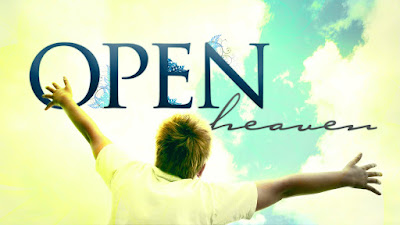 And so was also James, and John, the sons of Zebedee, which were partners with Simon. And Jesus said unto Simon, Fear not; from henceforth thou shalt catch men. Luke 5:10
Read : Luke 5:1-10
5:1 And it came to pass, that, as the people pressed upon him to hear the word of God, he stood by the lake of Gennesaret,
5:2 And saw two ships standing by the lake: but the fishermen were gone out of them, and were washing their nets.
5:3 And he entered into one of the ships, which was Simon’s, and prayed him that he would thrust out a little from the land. And he sat down, and taught the people out of the ship.
5:4 Now when he had left speaking, he said unto Simon, Launch out into the deep, and let down your nets for a draught.5:5 And Simon answering said unto him, Master, we have toiled all the night, and have taken nothing: nevertheless at thy word I will let down the net.
5:6 And when they had this done, they inclosed a great multitude of fishes: and their net brake.
5:7 And they beckoned unto their partners, which were in the other ship, that they should come and help them. And they came, and filled both the ships, so that they began to sink.
5:8 When Simon Peter saw it, he fell down at Jesus’ knees, saying, Depart from me; for I am a sinful man, O Lord.
5:9 For he was astonished, and all that were with him, at the draught of the fishes which they had taken:
5:10 And so was also James, and John, the sons of Zebedee, which were partners with Simon. And Jesus said unto Simon, Fear not; from henceforth thou shalt catch men.
Message
There is something special about the call of God from generation to generation and from dispensation to dispensation. For example, in Genesis, when God made a call among the Trinity about the creation of man, something great came out of that call and that is the uniqueness of man as a special creation. It should be remembered that there was no call at all when other creatures were created. After the fall, there were many generations up to the time of Abram and when God called Abram and changed his name to Abraham, his life never remained the same.
In our Bible reading for today, we read about the call of Peter into the office of apostleship. When at the lake of Gennesaret, Peter had no idea of the awesomeness of the call when Jesus said to him: “Fear not, from henceforth thou shalt catch men.” (Luke 5:10). Peter, an ordinary fisherman, became great as a result of this ‘simple’ call.
Many Cathedrals have been built and named after Peter, the frustrated fisherman before his encounter with Jesus.
One can see that a single encounter with Jesus can make a great difference in one’s life. Jesus is calling someone today as you read this devotional and He is saying:
“Come unto me, all ye that labour and are heavy laden, and I will give you rest. Take my yoke upon you, and learn of me; for I am meek and lowly in heart: and ye shall find rest unto your souls.”
Matthew 11:28-29
To have a profitable encounter with Jesus, certain things must be done. You must answer His call. He is calling you to follow Him, but you must not just follow Him, you must learn of Him, and all the ideals He brought from His Father must be imbibed by you. Jesus said:
“My doctrine is not mine, but his that sent me. If any man will do his will, he shall know of the doctrine, whether it be of God, or whether I speak of myself.”
John 7:16-17
Learning of Jesus entails living according to how He lived here on earth. His life of obedience to the will of His Father must be emulated. The Bible enjoins us to have the same mind like Christ (Philippians 2:5-11), and we shall experience great elevation like Jesus did. God is calling us to be like Him; He wants to make us great. May we not refuse His call today; firstly for salvation and secondly for service.
Action Point:
What area do you think God is calling you into? Answer Him now and be blessed.
BIBLE IN ONE YEAR:
Galatians 1-3 and Psalms 17
AUTHOR: PASTOR E. A. ADEBOYE
HYMN 14: ONWARD CHRISTIAN SOLDIERS
Onward, Christian soldiers,
Marching as to war,
With the cross of Jesus going on before.
Christ the royal Master,
Leads against the foe;
Forward into battle,
See His banners go!
Chorus:
Onward, Christian soldiers!
Marching as to war,
Looking unto Jesus,
Who is gone before.
At the sign of triumph
Satan’s host doth flee;
On then, Christian soldiers,
On to victory!
Hell’s foundations quiver
At the shout of praise;
Brothers, lift your voices,
Loud your anthems raise.
Chorus:
Like a mighty army
Moves the church of God;
Brothers, we are treading
Where the saints have trod.
We are not divided,
All one body we,
One in hope and doctrine,
One in charity.
Chorus:
Crowns and thrones may perish,
Kingdoms rise and wane,
But the church of Jesus
Constant will remain.
Gates of hell can never
Gainst that church prevail;
We have Christ’s own promise,
And that cannot fail.
Chorus:
Onward then, ye people,
Join our happy throng,
Blend with ours your voices
In the triumph song.
Glory, laud, and honor
Unto Christ the King,
This through countless ages
Source: Open Heavens Daily Devotional
Special Offers

Audio: “Where is Your First Love?” By Apostle Emma Prince Peters |@DrPrincePeters2

Seed Of Destiny Today: God’s Principal Demand on His Children By Paul Enenche

Seeds of Destiny 5 February 2018 Daily Devotional by Dr. Paul Enenche – Your Atmosphere, A Reflection Of Who You Belong To