Women at all ages of life have been of immense contribution to time and history, at contemporary times and at Bible age, they have and are showing themselves great. Do you want to know some of them, below here, we have handpicked some of them without any other of importance.
1. Hannah: 1 Samuel 1:1-20
She was a woman of unwavering faith, she asked of the Lord a child in the midst of barrenness and made a vow and considering her faith, her request was granted by God and she gave birth to Samuel, a faithful priest at his time.
2. Ruth:  Ruth 1:1-18
She was a woman of focus and desperate decision maker. She stood by her decision to follow her mother-inlaw come what may. Her desperation and decision produced a positive result as she became the great grand-mother of our savior Jesus Christ.
3. Esther: Esther 2:1-17
Esther, a young maid in a strange land found favour in the sight of the God and she was made queen. She also spearheaded the liberation of her people in that same land. 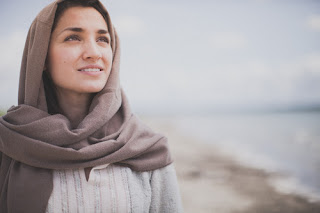 4. Deborah: Judges 4: 1-16
Deborah was a faithful woman. God us ed her as a prophetess and she judged Israel during the period of judges’ rulership in Israel. God used her to gain victory over Sisera.
5. Mary the mother of Jesus: Matthew 1:18-25
In a corrupt world, Mary was a faithful. She was clouded with the power of the holy ghost and she had the opportunity and honour to bear Jesus in her sacred womb for nine months.
6. Elizabeth: Luke 1:5-17
Elizabeth, the wife of Zechariah the priest. She was barren but she served God faithfully with her husband in righteousness. God opened her womb and gave her a son, which was John the Baptist, the forerunner of Jesus.
7. Sarah: Genesis 21:1-8
Sarah the mother of many nations. She was barren but held fast to God’s unfailing promises and at the appointed time, she had a son at a very old age which was Isaac, the covenant child.
8. Mary Magdalene: John 20:1-17
Mary was a woman of goodly zeal, remember she was the woman who washed Jesus’ feet with her tears anointed them with a goodly and costly ointment which she bore in a box of alabaster. She was the one who saw Jesus first after His resurrection.
9. Rehab: Joshua 2:1-14
Rehab was a harlot but understood the benefit of charity and hospitality and kindness. She preserved the lives of the spies from death. This singular act made her and her entire family to be spared from the swords of the children of Israel.
10. Priscilla: 1 Corinthians 16:19
Priscilla was a woman characterised with zeal and zest for the work of God. Her zeal and desire for the things of gave room for the establishment of a church (fellowship centre) in her very home. This shows her complete yieldedness to God which attracted God’s favour.
These women were amazing, we have women at our time who are also amazing, watchout for our next article on “Women of Impact Series”
We need writers, who we can feature in our article series, if you are interested, please head up to the top of this page, find our contact and reach out to us. We love you.
Special Offers